What Is The Largest Jellyfish 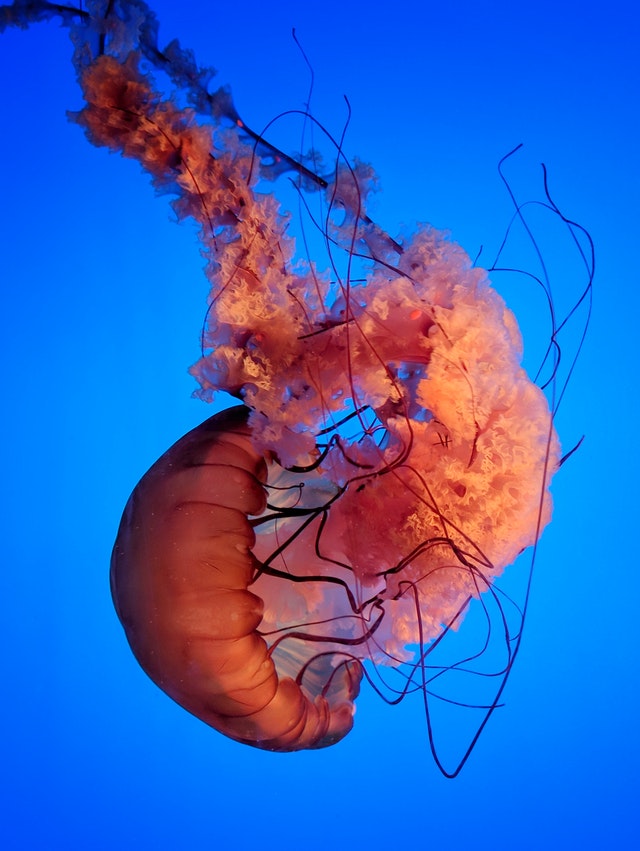 There are thousands of species of jellyfish in the world’s oceans. These beautiful creatures can be found in the shallow waters of our beaches as well as the deep ocean. Some are harmless, and others are dangerous with deadly venom.

Some are as small as a fingernail at adult stages, and others are larger than people. That is quite a difference in size, but the title for the worlds largest jellyfish belongs to only one of them.

The lion’s mane jellyfish is the largest of the species, and the largest recorded specimen had a bell diameter of 7 feet (210 cm) and its tentacles were 120 feet (36.6m) long. This length has earned it the title as one of the longest animals in the world.

The Biggest Jellyfish In The World

The Lion’s Mane is the biggest species of jellyfish found in the world. It is found in the cold waters of the Pacific, Arctic, and Atlantic Oceans These majestic creatures are named for their thick bunch of trailing tentacles that resemble a lions mane. These tentacles can reach up to 100 feet in length.

Their massive clump of tentacles serve as protection from predators, and they are also used to capture and kill prey. In addition to those functions, their tentacles are also used by smaller sea creatures like butterfish for protection.

While these sea creatures are beautiful to watch, they are rarely seen by divers in the wild.

While the barrel jellyfish (Rhizostoma pulmo) is quite large, it is small compared to the the Lion’s Mane. A diameter of 12 inches is common, but it can reach a diameter of 6 feet with a length of 3 feet. It’s weight is around 50 lbs. It is the largest species that is found off the coast of the United Kingdom.

It also goes by the names of dustbin-lid or frilly-mouthed jellyfish.

The pink meanie (Drymonema larsoni) jellyfish was discovered in 2000 off the Gulf of Mexico, and it is strange to think that a new species would pop up so late in such a crowded area. It’s one thing to discover a new species in the deep depths of the uncharted sea, but this was found in waters that is well researched. This species was initially thought to be the same as one that lives in the Mediterranean, but it was later found out that they were not identical. It gets its name from their pink color and the fact that they prey on other jellyfish.

This species can have tentacles that reach up to 70 feet long, and they prey on other jellyfish. Their extremely long tentacles dangle down and unsuspecting jellies will float with the current into them. They are now food for the pink meanie, and it is not uncommon for them to wrangle in a dozen or so at one time.

Nomura’s jellyfish (Nemopilema nomurai) is in the same class as the lion’s mane which should tip you off that it can be a big one. These can be found in the waters off of China and Japan. This thing is a monster as it can grow up to 6 feet in diameter, and it can weigh up to 450 pounds.

These can get so big and problematic due to their size. Once, a fishing trawler was reeling in a fishing net in Tokyo Bay, and the entire boat capsized while pulling in the net. Once they realized what happened, they discovered that the net contained dozens of these massive jellyfish. The weight of these massive sea creatures was enough to capsize the trawler.

The Nomura can grow fast. They are the size of a fingernail when they are young, and within six months, they can larger than 6 feet wide.

The black sea nettle (Chrysaora achlyos) is a large jellyfish that can reach up to 3 feet in diameter at its bell while its tentacles can reach up to 25 feet in length. This giant species can be found off the coast of California in the waters of the Pacific Ocean.

It gets its name from the color of its bell which ranges from dark purple to an almost black color.

Fun fact: The Black Sea Nettle is the largest invertebrate to be discovered in the 20th century.

The Pacific Sea Nettle (Chrysaora fuscescens) is very common in aquariums all over the country. In the wild, they can be found off the coast of California and Oregon. They are easy to maintain, and their beautiful bright colors make them perfect for public aquariums and zoos.

They range from 1-3 feet in diameter, and their tentacles reach 15 feet long.

Crown jellyfish (Cephea cephea) also known as cauliflower jellyfish get their name from the deep groove around their umbrella that gives them the crown shape that distinguishes them from others. The cool thing about them is their ability to light up and change color if their bell is touched or disturbed. This functions to deter predators from harming them.

Its diameter reaches about 2 feet, so it is not quite as big as some of the others mentioned here. They don’t really have long tentacles because the bottom of them resemble cauliflower, hence the name.

The Tiburonia Granrojo lives in very deep water around 2,000 to 5,000 feet down. It means big red in Spanish, and they can found in the waters near Hawaii, Japan, and the Pacific Ocean. Instead of long tentacles, they have thick fleshy arms.

They are usually 2.5 to 3 feet in diameter, but they are not long due to their lack of true tentacles.