By JamesFebruary 5, 2022No Comments 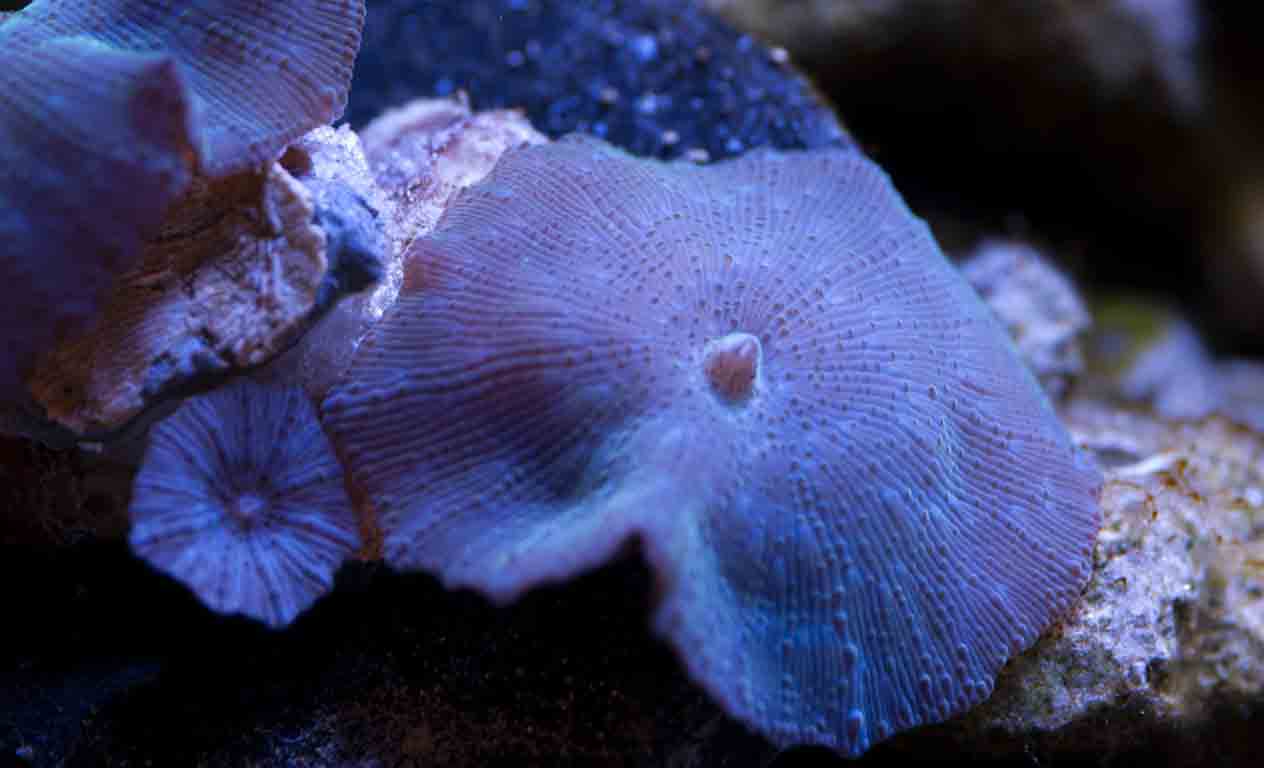 Discosoma Mushroom corals are one of the most popular types of coral for home reef tanks. They probably have more strains and varieties than any other coral that you can put in your tank. Sometimes these are also called mushroom anemone or disc anemone. In the reef keeping hobby, most people just call them mushrooms. You may also see them referred to as (Actinodiscus sp.)

These soft corals range from inexpensive ones like Blue mushroom to expensive collector strains like Jawbreaker mushroom corals. That’s a price range from about $20 to over $100 for a single mushroom. These are appropriate for almost any aquarium whether you are a beginner or advanced with saltwater tanks.

These corals seem to not be popular among experienced tank owners. This coral has the stigma of being a beginner coral, and most stores only carry basic colors like blue, green, and red. They have made a resurgence among high end collectors with recent strains like bounce mushrooms and Jawbreaker mushrooms becoming sought after.

This soft mushroom coral can be a great addition to any reef tank. There are hundreds of different varieties and color patterns, so you should be able to find something that you like. Typically these corals will get to around 2 to 3 inches in diameter.

Discosoma are unique because they share characteristics with both coral and anemone.

These corals are probably the easiest corals to keep. They are very hardy, can grow in low light, and do well in not so established reef tanks. The only consideration for them is to start them in a lower light area. They tend to do better in lower PAR areas. As long as you do not place them in a high part of your tank right away, you should see success in growing mushrooms in your tank.

They also do not require any special attention. You can place them in your tank and forget about them. They are also peaceful and will not harm any fish or other corals.

These corals are perfect for nano tanks. This coral is non-aggressive, and it will not bother or sting any corals around it.

Discosoma mushrooms need to be placed at the bottom of your aquarium. They prefer softer light, and sometimes even shady areas. Even if you have a low PAR value of around 50, they should still thrive and be healthy.

They also prefer to have low water flow. If they become unhappy they may detach and high flow will blow it all over your tank. Also, when they form a new coral, sometimes it may not stick right away.

Mushroom corals need low light. Sometimes they do well in shaded areas of your tank. They can tolerate a moderate amount of light but may squish up more. For a fully extended mushroom, place them in a lower area of your tank with low light.

If placed under lighting that is too strong, they may develop tiny white bumps on them. Of the other side, if the light is too low, they will form a cup shape like they are stretching up.

It is not necessary to feed discosoma mushrooms at all. Like other soft corals, they will get most of their nutrients from photosynthesis. You can feed them something small like pellets, and they may eat it. It can be hit or miss with mushrooms eating. They will grow and populate just fine without additional food. They may benefit from an amino acid product like CoralAmino from Brightwell Aquatics or ReefEnergy Plus from RedSea. I use both of these products, and my mushrooms grow like crazy.

Yes, Discosoma mushroom corals will move. They will slowly move across a frag plug or live rock. They will leave behind a piece of their foot which will grow into a new mushroom. This is called pedal laceration. Some hobbyist like this coral because of this, and others do not.

Because of their movement and ability to leave little mushrooms behind, they can take over large areas on your live rock.